You are here: Home / Bluetooth Controller for mobile based VR glasses

ARworks’ bluetooth connected mobile controller solves one of the biggest challenge of VR glasses: how to easily, simply but at same time in many ways interact with the content within a VR glass.  Most of the VR glasses – like Samsung Gear VR, Homido, Durovis, Zeiss One or Google Cardboards are using smartphones (and for sure apps, running on them) placed in their holders with lenses. However since the phone screen is within the VR glass – users cannot touch it. There are several unpractical, half solution for that problem (for example magnetic switches on the VR glass) – but it is very uncomfortable to touch the eyewear itself and look for hidden buttons, especially since you don’t see them, being the glass itself in front of your eyes. So until now, it was hard to built a VR experience with complex interaction with the 3d animated or 360 panoramic video content. With our solution, above passively immersing in the fully 360 VR world in the glass and looking around in it by turning out head up, down left, right or even backwards, we give the user to joy of actually moving in it – by placing a familiar game console remote controller in his hand. 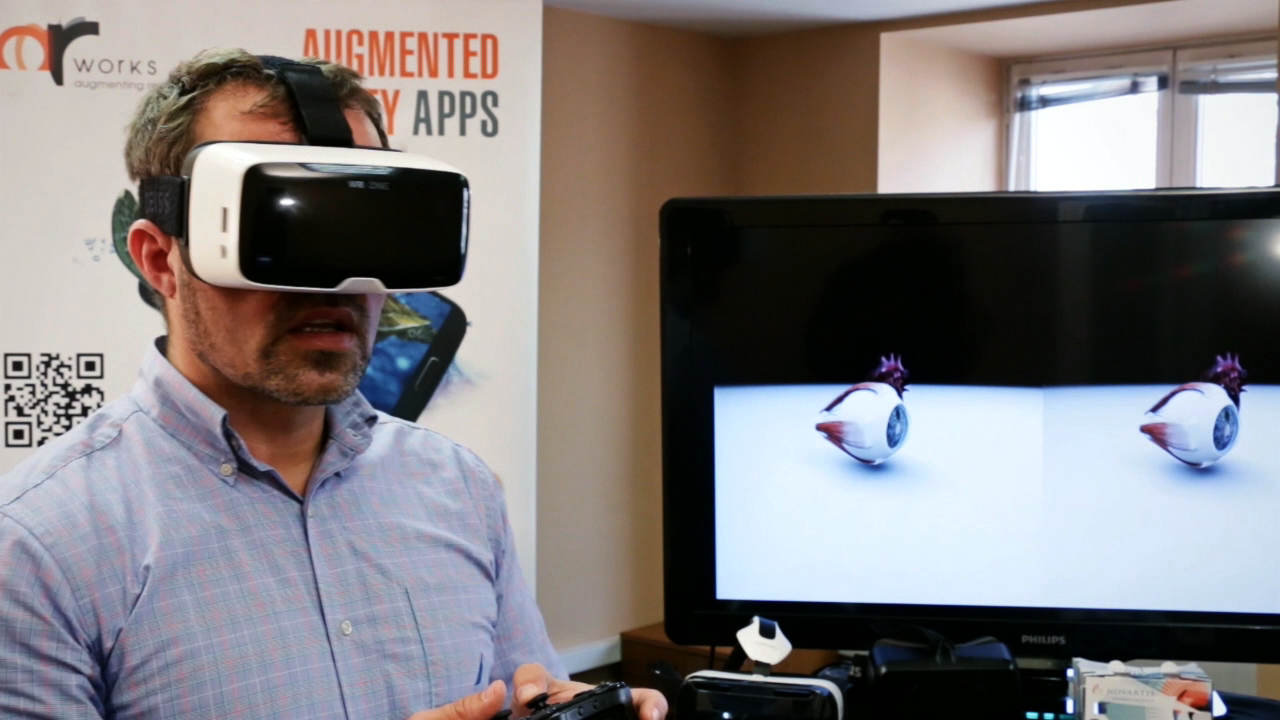 The controller is connected to the VR app wirelessly, throughout bluetooth, so its very easy to use. With this solution we’re able to prepare a VR application which above showing the 360 immersive video or 3D content, can receive orders from a bluetoooth connected controller – like  direction of movement, type of view, location within the 3D world, behavior of objects, operation of virtual machines, equipment, anything.

This bluetooth connected controller gives VR glass apps in B2B and other areas a lot more possibilities, then before. 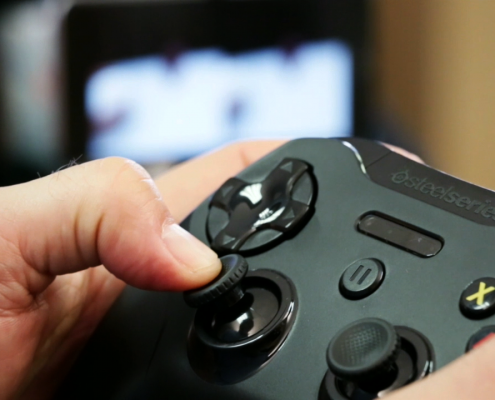 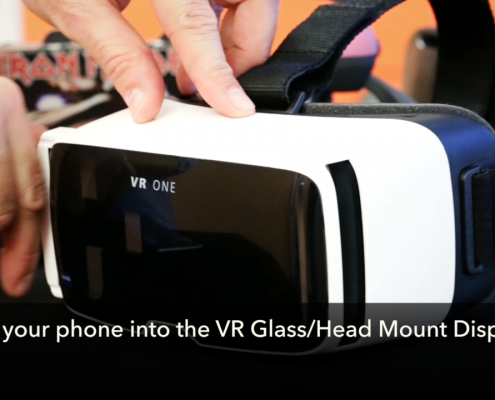 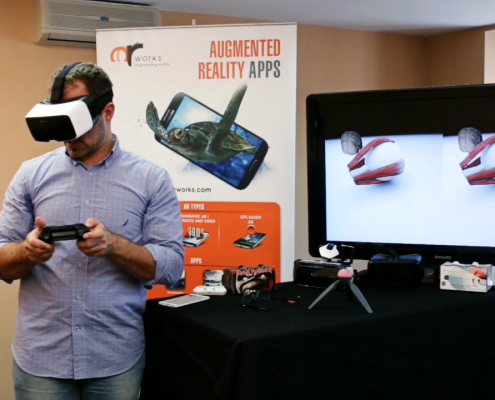 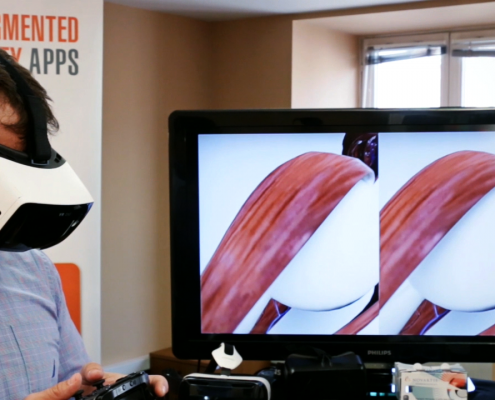 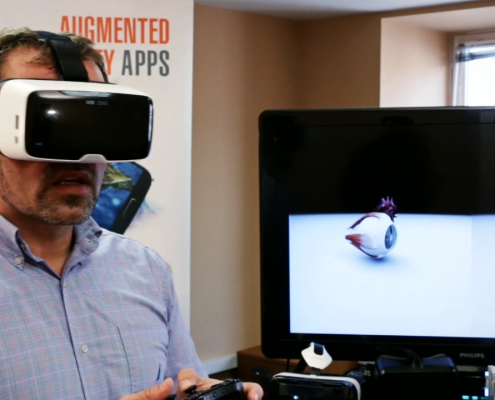 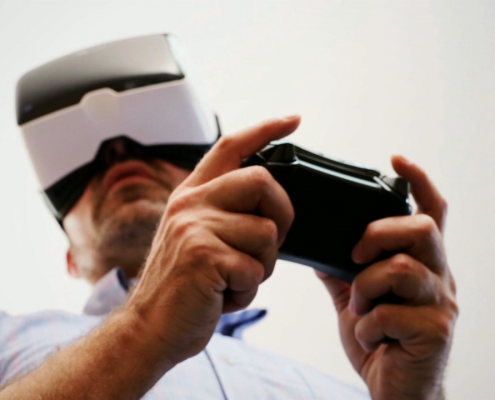 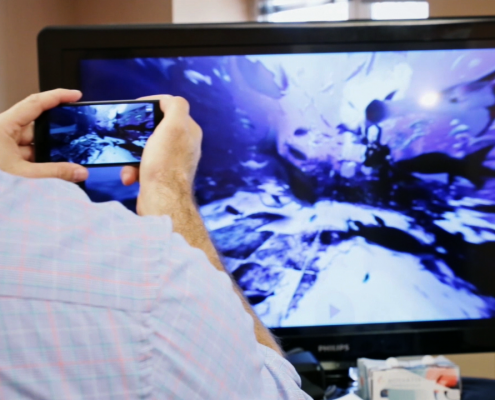 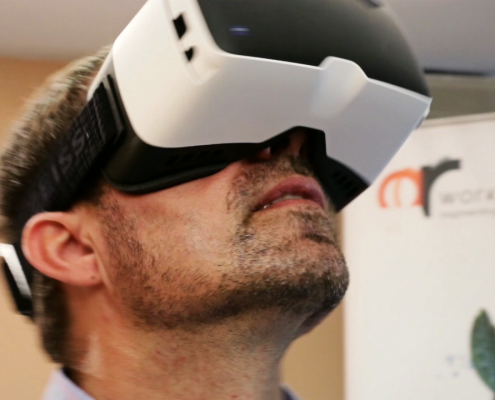 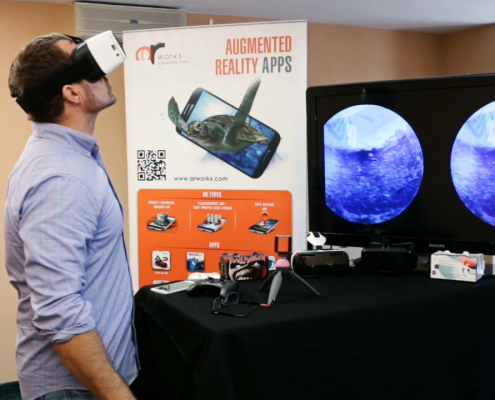 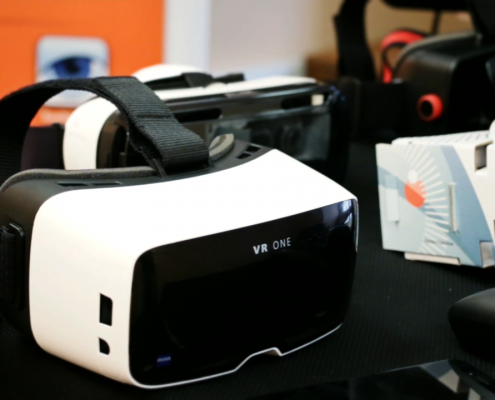 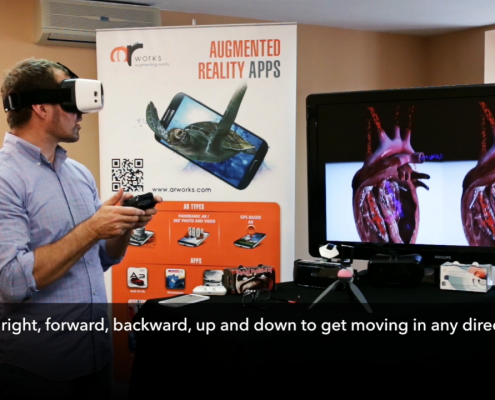