You are here: Home / The Lab / Dynamic marker definition and environment mapping

Its an old dream for us to make Augmented Reality apps where the user can dynamically – while using the app – define the image on which the AR content (a 3d animation, for example) appears. What would be even better if after finding the marker, the user could move away from marker and the AR content would be still visible. Its pretty important, when, for example, the 3D model is so high that the device should be moved upwards from its initial position. We managed to find a solution for this with an additional feature – the app continuously maps the content of the camera image and identifies new reference points. So the user can see a model, for example a Giraffe, in the middle of his room, and could zoom in at any parts or look on it from any direction.

You could see on the images that the marker is different on each  one – that was generated dynamically. 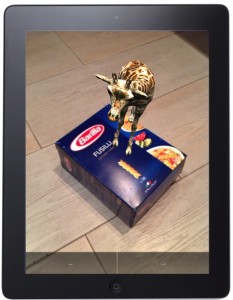 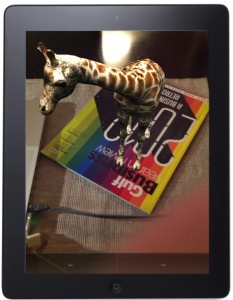 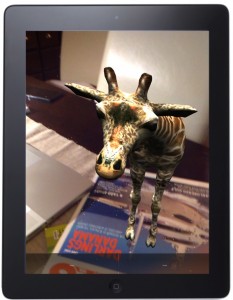