T-Mobile used AR content as part of its brand communication on the 3 summer music festivals it had sponsored. The AR platform was developed and realized by ARworks.

You can enjoy the content yourself as well by switching Junaio to fixed GPS mode in the Settings menu of the iPhone and setting the GPS co-ordinates to: Lat: 47.554327, Long: 21.633791 and then searching for and launching the “T-Festival Guide” channel.

The content, which was available through smartphones helped to find the key spots in the huge area of the festivals, because in the live view of the app the distance and direction of the stages, bars, restaurants and other useful venues was visible. Apart from this GPS based content, the full program of the stages were available directly from the app: pictures, hits with lyrics, members, trivias, youtube videos, the official site, etc.
Above the useful content two huge, animated, 3D AR ghostdancers were partying with the visitors for the music coming from the AR loudspeakers and controlled by the AR equalizers.

The content was developed on Junaio by ARworks and was shown on iPad2-s and Sony-Ericsson Arc-s by hostesses – smartphones owners were encouraged to download it themselves as well. 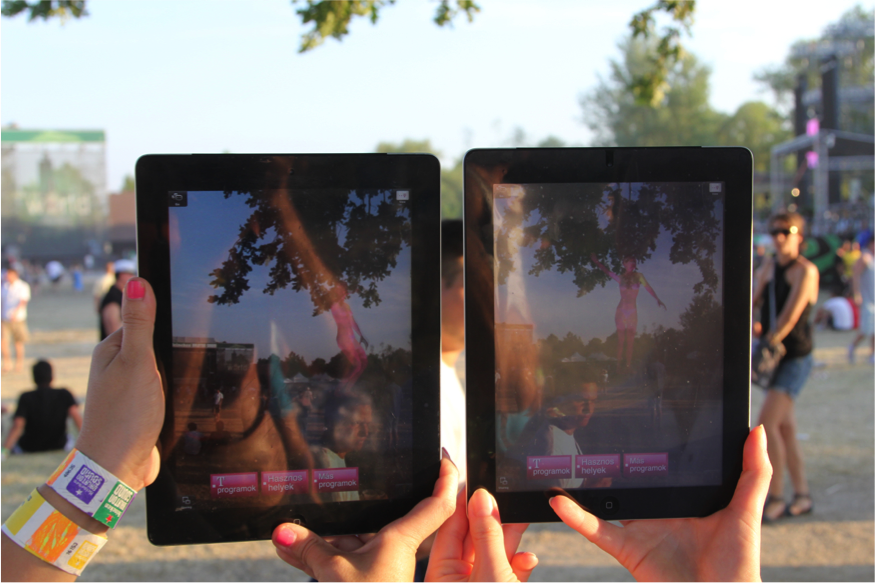 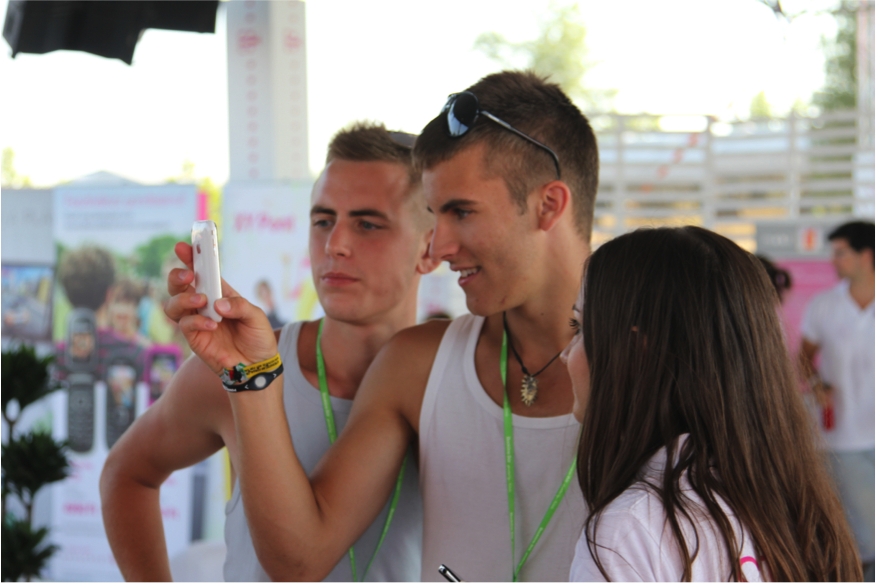 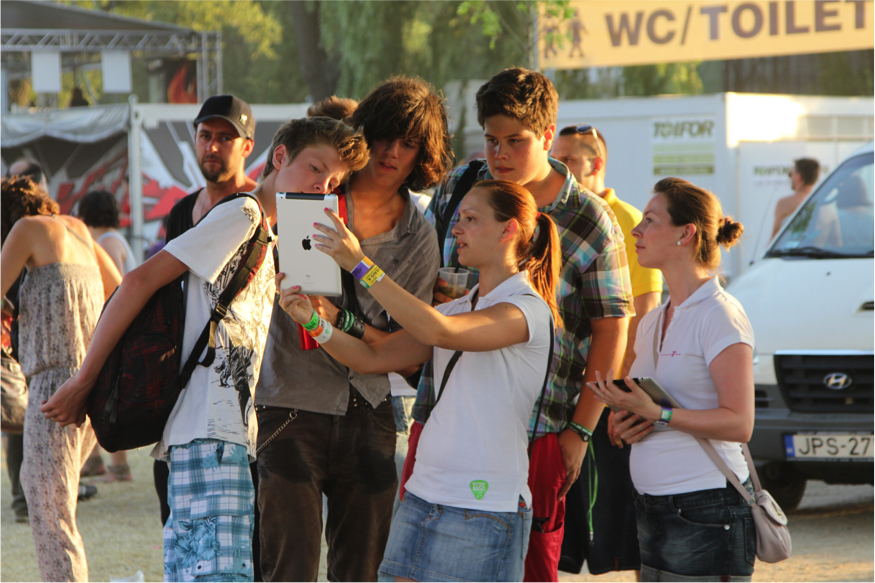 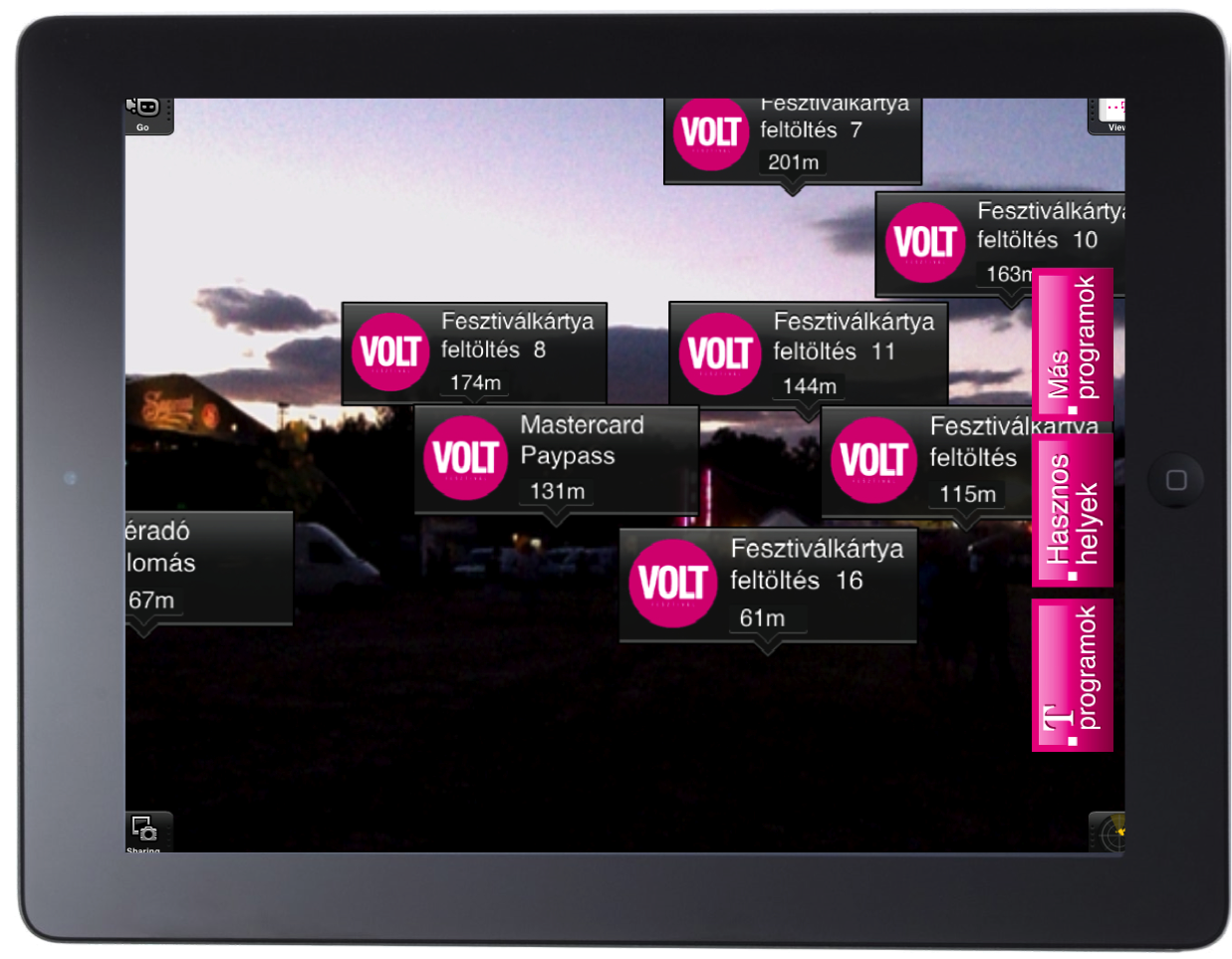 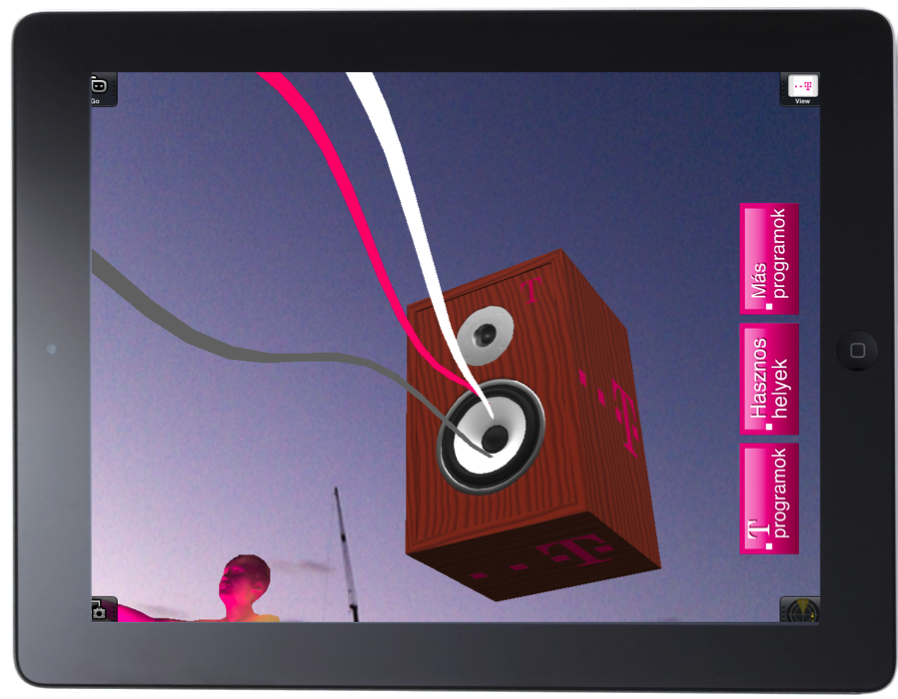 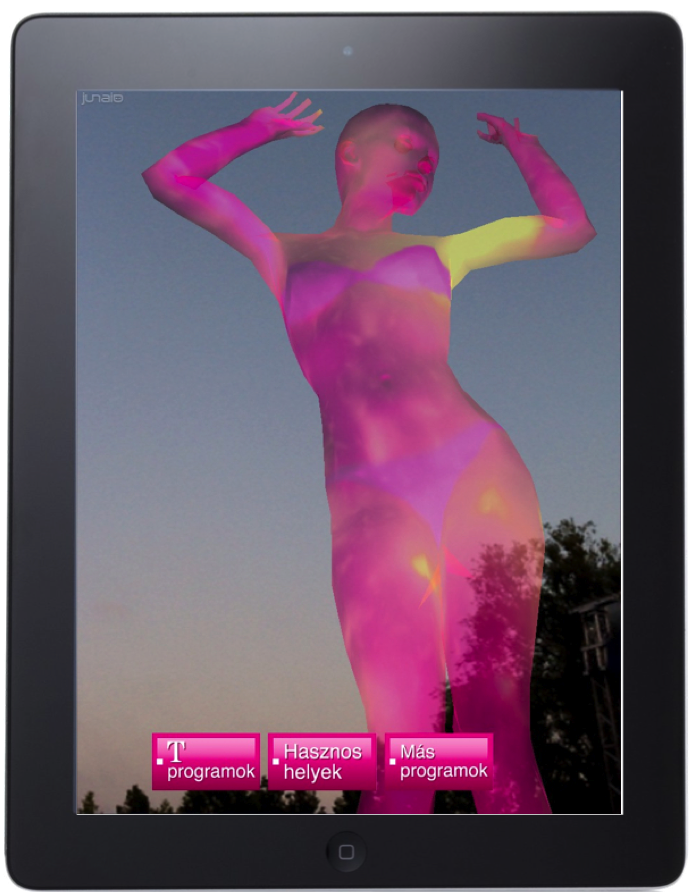 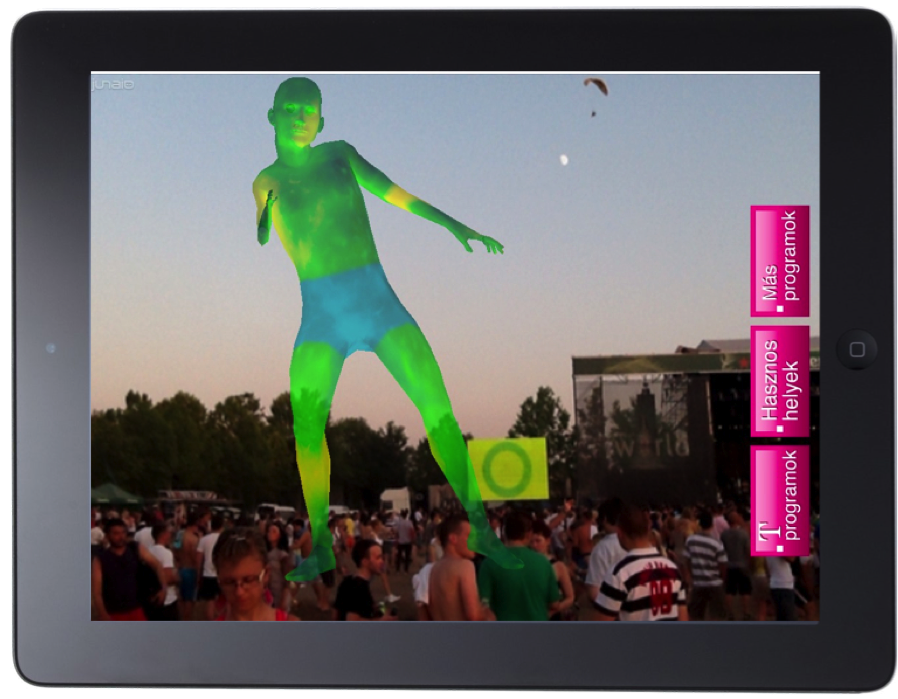 Train your dog in AR