Collect your potential client’s data easily with an app 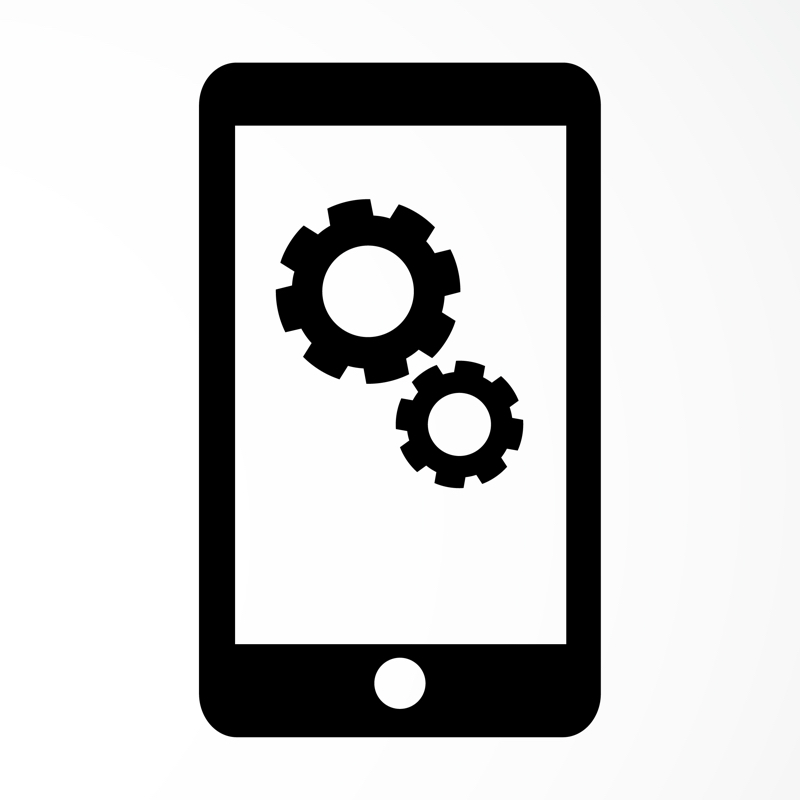 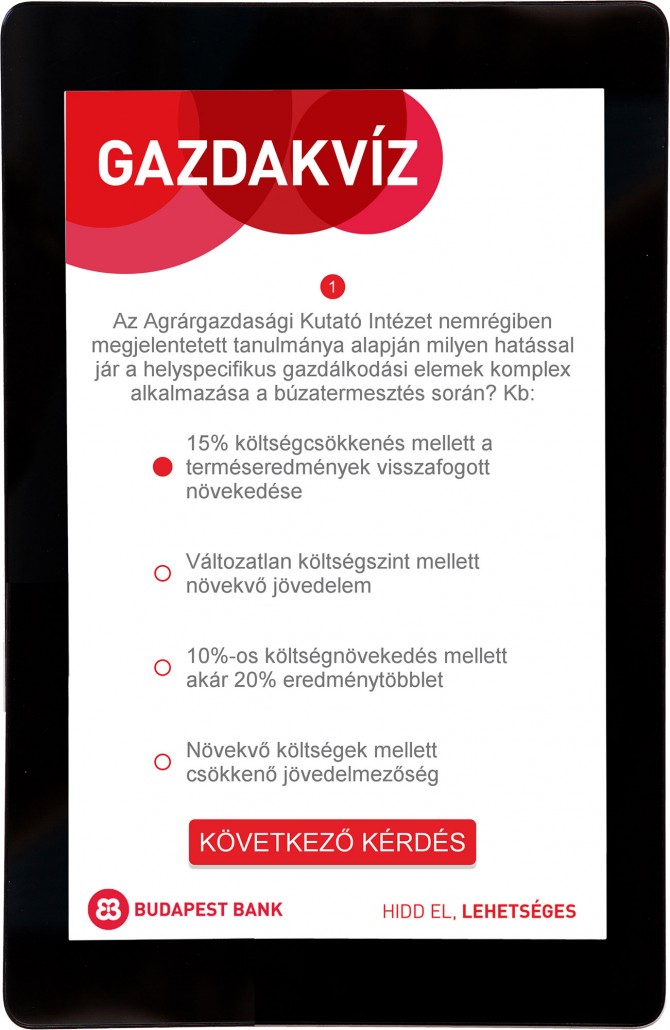 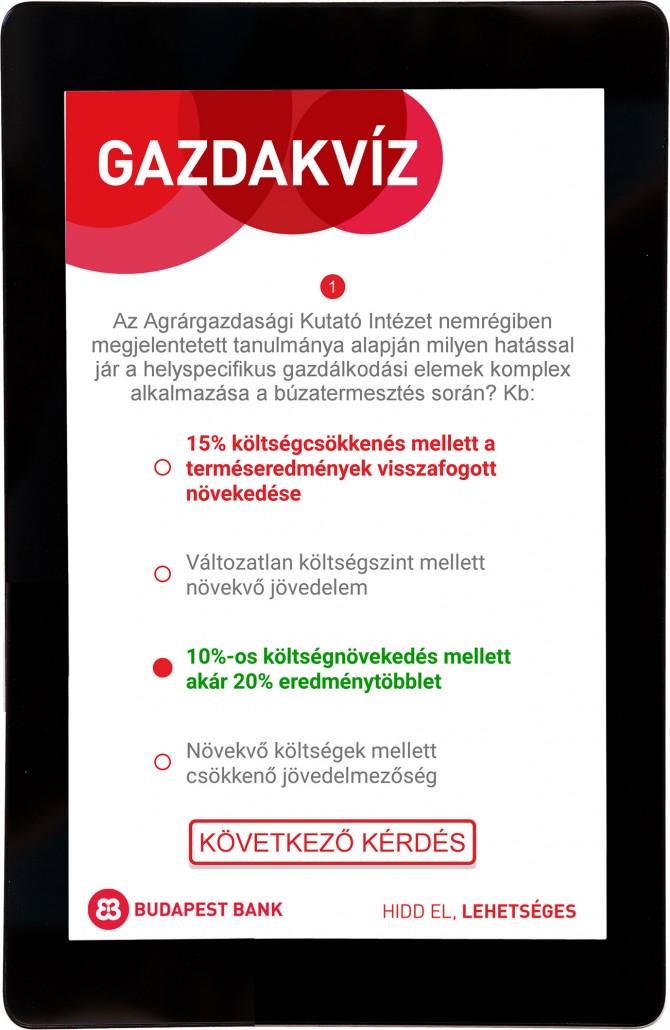 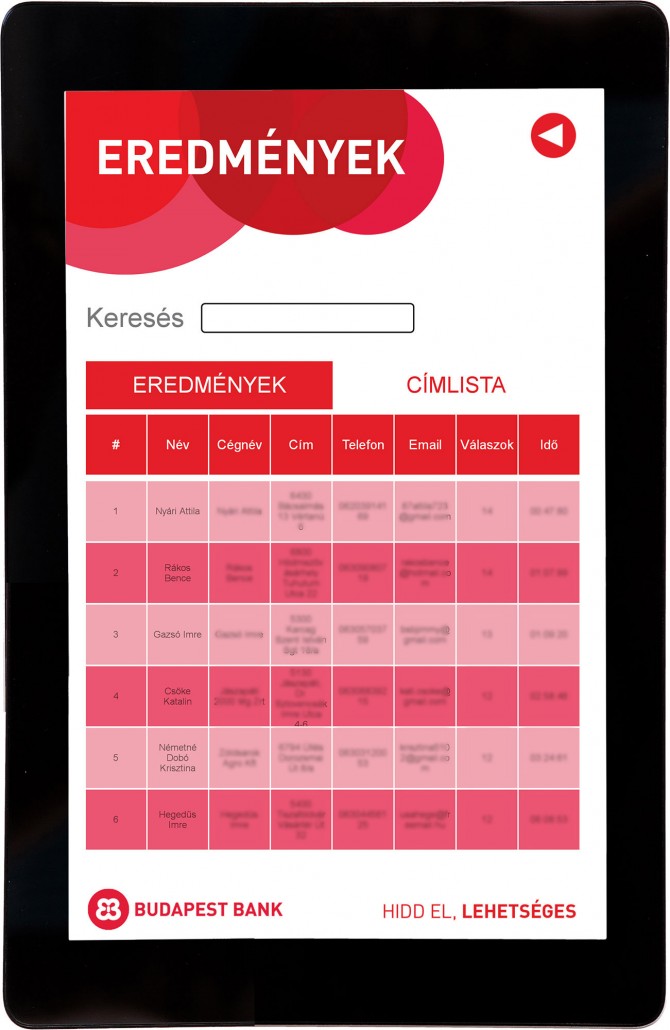 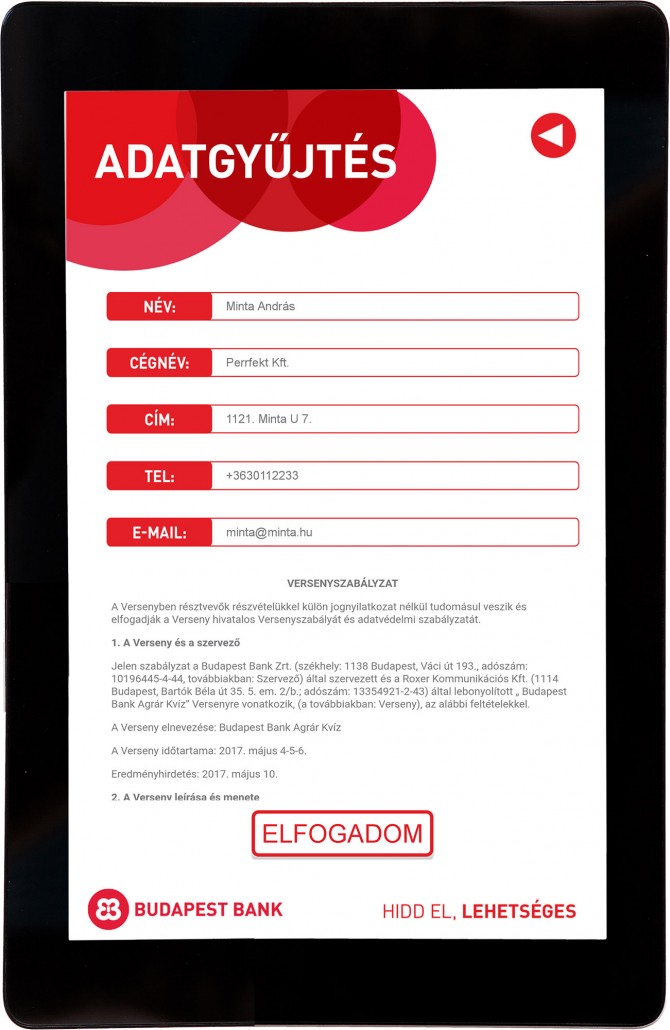 A quiz game developed for Budapest Bank is a quick and efficient way of collecting data and getting potential clients. The application and the collection is running on the same Android tablet. If the players would like to participate in the game, they have to provide their personal information. The quiz game contained 15 questions relevant to their target group. It could be filled alone or with the aid of the hostess. The time spent on the answers were also recorded, so the quicker solution yielded more points at the end. After finishing the game the same tablet was used to create the database for the prize draw.

To maintain simplicity and handiness we did not use online backend services, so only the tablets stored the data. At the end of the promotion the data was collected, and the winner announced. So the development and execution of the promotion was much shorter than using classic promotional tools.