ARworks developed an AR app to augment the videoclip of the latest hit, launched by Smiley, one of the best Romanian singers of the moment. This is the premiere of AR in the entertainment industry and it has already saw more than 30.000 downloads from the App Store and Google play.

Smiley is the hero appearing on the live camera picture of the device with the help of AR, along with some of the dancers form his latest music-video: Dead Man Walking. With the app running on his smartphone or tablet, the user has to point the camera of its device to the screen of the TV or computer where the music-video is on.

The app will bring on the smart device a masked, green box recorded video of Smiley and his crew, on top of the live view of the camera. The user can now watch the heroes of the music-video dancing in his own living-room, in the park or in the class-room.
Test the app yourself!

Download the iPhone, iPad and Android app for free, launch it on your smartphone or tablet and watch the video!
The HaHaHa Reality app converts the simple watching of a video into a complex, multiplatform experience (internet, TV, mobile app). The app is an innovation in the AR field, using, for the first time, a graphic marker placed within a video clip. The movie/film (video file, with moving images and sound) becomes this way the carrier of an additional, augmented content, that can modified and updated dynamically. 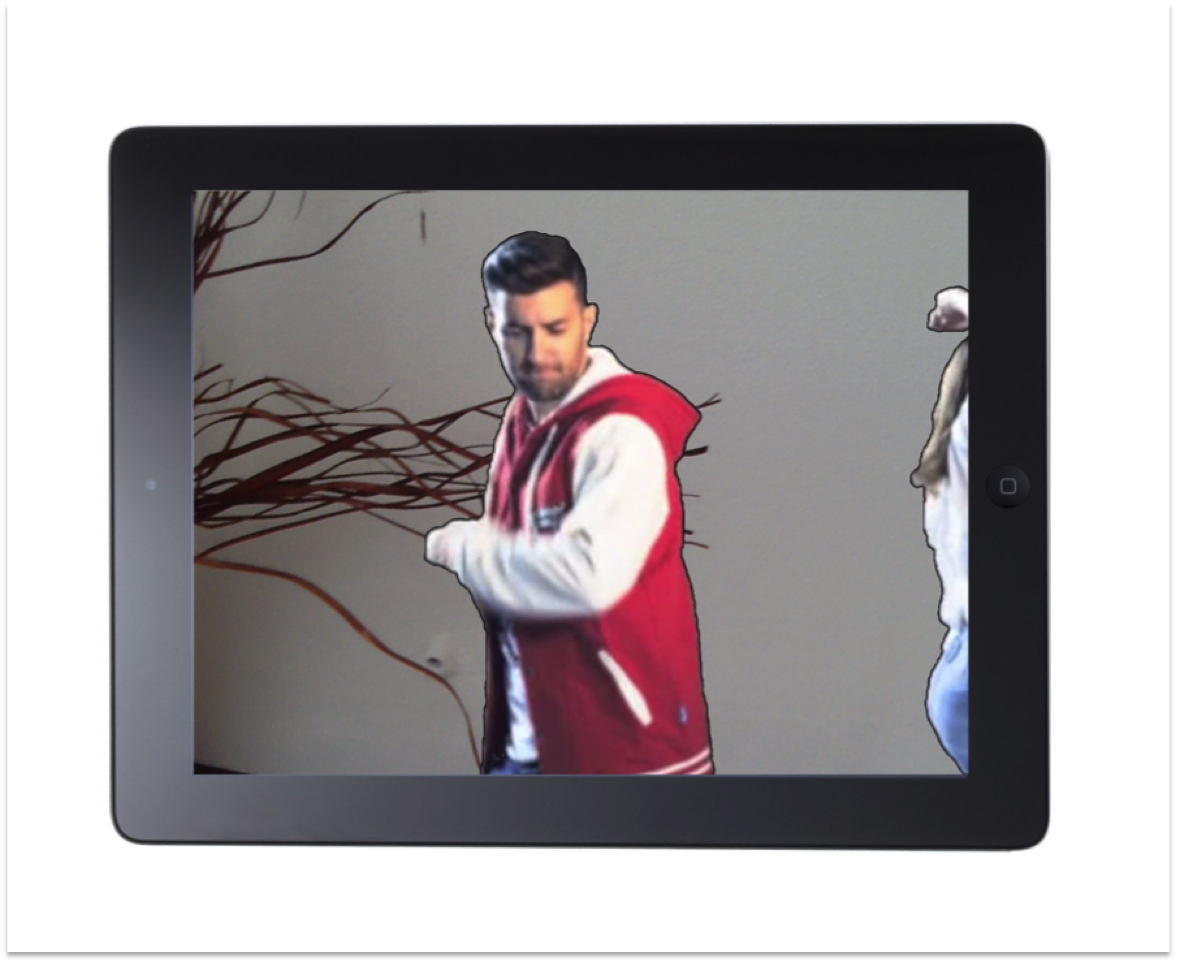 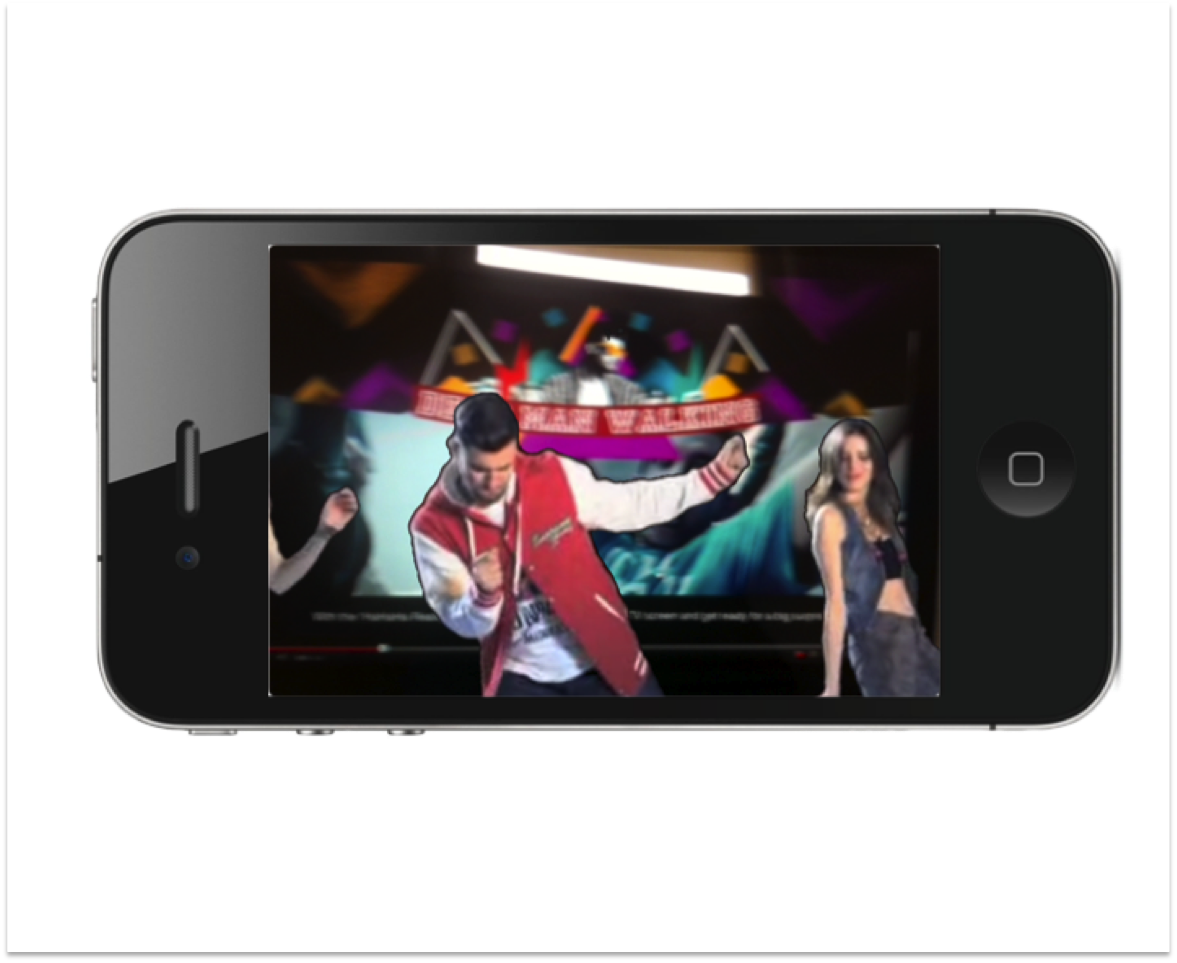